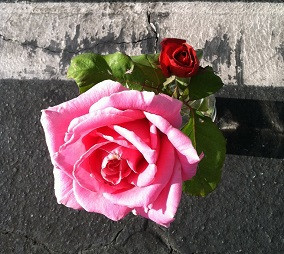 I always mean to post reviews of the season enders and season openers. Obviously, I never have. Pity, because some of the TV shows I used to watch had great season enders. Numb3rs' Season Three "The Janus Code" is one of my all time favorite episodes. CSI: New York's Season two ender, Charge of this Post, is what moved CSI: NY from my B list to my A list.

Create a Challenge (Coffee vs. DeCaf) is over.

Ha! Finally saw Avengers a few weeks ago and Brave a few days ago.

Brave was an excellent movie. I like that it's a Disney Princess movie that isn't about Finding True Love. It's about a girl and her relationship with her mother.

Avengers was AWESOME! So worth the wait. They did everything right, fast action, snappy dialog, an evil villain, good characterization. THIS is the sort of thing that made comic books fun when I was younger.

I finally saw Men in Black 3 and I was totally blown away. It's my second favorite 2012 movie so far. They did an excellent job with the characterizations, the humor, the action and Josh Brolin did such a good Tommy Lee Jones that it's scary.

I saw both Snow White movies this week. Mirror, Mirror strove to be a hip retelling of the fairy tale with some sly digs at the genre. It worked in the Shrek movies, not so much for this. I think they tried to be silly when they should have played it straight. And most of their attempts at humor fell flat for me. However, there were some excellent moments. I liked the mirror gimmick, having the Queen talking to her own reflection was a clever idea. I also liked the ending.

Snow White and the Huntsman tried to get a darker tone to the tale, more like a Grimm tale than a Disney story. This had more internal consistency than Mirror, Mirror. It didn't work for me, though. It had a lot of interesting ideas, but never seemed to follow through with them. The reason the Queen was so eager to kill Snow White made sense and there were a lot of good scenes. (I particularly liked any scene with the magpies.)

My favorite 2012 movie so far is The Avengers! w00t! It was everything I hoped for. Humor, explosions, great characterization, explosions, a few fights between the heroes, more explosions, the team coming to know each other, yet MORE explosions, the final battle (which had lots and lots of explosions) and a satisfying ending. (Which sadly, had no explosions, but one can't have explosions in every scene.) (Not even on Mythbusters.)

smallfandomfest is taking prompts for their next challenge! If you can't find fan fic in your chosen fandom, this might be the time and place to ask for some!

I've become obsessed with Tintin since the movie The Adventures of Tintin came out. I also really liked Sherlock Holmes: A Game of Shadows and The Hunger Games.

Movies I saw, but wasn't impressed with are Hugo and Puss in Boots.

The movie that's out that I have GOT to see is Marvel's The Avengers.

Ides of March
What are you wary about today?
Reply 189